Realigning SEO For The Post-Pandemic ... 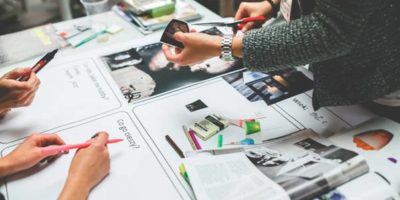 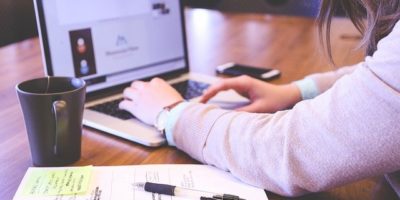 Project Management Did Right With Lea...

Light has always had a more-than-able antithesis in the dark. While light signifies knowledge and joy, dark is shrouded in mystery and secrecy. Even the all-encompassing internet is not above this baffling contention.

According to estimates, less than 5 percent of the internet is visible to the general public. The rest is known as the deep web. A subset of the deep web is the dark web. Dark web is not accessible by conventional methods, but rather by specific configurations and software’s. It is highly encrypted and esoteric, so much so that its users refer to the regular web as Learner’.

Dark net is the hub of deeply entrenched criminal and illegal activities. Most common among them are child pornography and the black market. Another recent addition has been a paedophile network. The assassination market is also flourishing, where people are able to pay to arrange murders.

Markets are the second-most popular content on dark web. Users can access eBay-like marketplace formats. Some decentralized marketplace software’s have been emerging, such as Shadow, Open Bazaar and Bit Bay. Bitcoin is most commonly used for payments, through which buyers must transfer crypt to currency into the website’s escrow.

Curiously enough, the dark web has a bright side too. It has proved to be a major facilitator of the freedom of speech, acting as a bridge between journalists and whistle-blowers, who dare expose closely-guarded secrets of the powers that be.

The most obvious question that arises is that how does one enter the enigmatic, unexplored world of the dark web. What is the demarche for gaining access?

For all its secrecy, the dark web is not too cumbrous to access. Prospective users need to go to the websites of networks such as Tor, Free net and I2P, and download a bundle of software’s, including the configured version of their web browser. The browser can then be used to gain access like a regular website.

However, the fact that one has to be most circumspect in this task cannot be over stressed. The imperative software’s must be installed on a USB Flash Drive, with no other data on it. In addition, it would be better if a fresh computer is used. If that is not feasible, all data on the device must be backed-up before accessing dark web. The software’s must be downloaded only from the official websites of Tor, etc. and not from phony ones, which could put your ISP and computer in harm’s way.

One also needs to know that despite being the poster child of clandestineness, the dark web is not completely encrypted. Websites can still get user information like e-mail address and username from the servers.

The dark web, hence, has both virtues and vices. Although it has helped ordinary citizens debunk Big Brother’s vile lies and despicable activities, it is also a breeding ground for crime. One cannot miss the opportunities that it can provide to the already burgeoning terror networks to grow further by leaps and bounds. Used in a callow fashion, it can lead to innocent people getting themselves caught in the big, bad world of crime.

Put simply, the dark web is not only illegal and hazardous, but also a ticking time bomb. A humongous proportion of the world’s evil has been let loose.

Governments, which have hardly any reservations about perpetually monitoring John Q. Citizen’s harmless activities, need to bite the bullet and start clamping down on the dark web, so that the internet finally comes of age.

Realigning SEO For The Post-Pandemic Wor